After the first and the second meetings about the European project „Broadcasting Europe, incubation of social enterprise projects in the media sector” that took place from May 2018 to February 2019 in Putignano, and after the 4 training courses that took place in Spain, Poland, Greece and Italy, all representatives of APS Warrols, project leader, of RadioJP Association, and of all partners involved (Liceo Majorana Laterza, Asociación Building Bridges – Spain, Europe4Youth – Poland, Geniko Lykeio Agios Nikolaos – Greece, You in Europe – Greece) were again in Putignano on October 26 and 27.

During the activities each partner presented its own radio (name, shows, photos, etc) plus Engagement & Promotion strategies adopted during this first year; then there was Round table about the best strategies to make the webradio sustainable.

During the meeting there was also the Projection of the video tutorials made by the partners and the Presentation of the website structure : it will be online later this year.

The meeting ended with Dissemination Activity: On Air at RADIOJP for a special episode, listenable on bit.ly/Live fromPutignano. 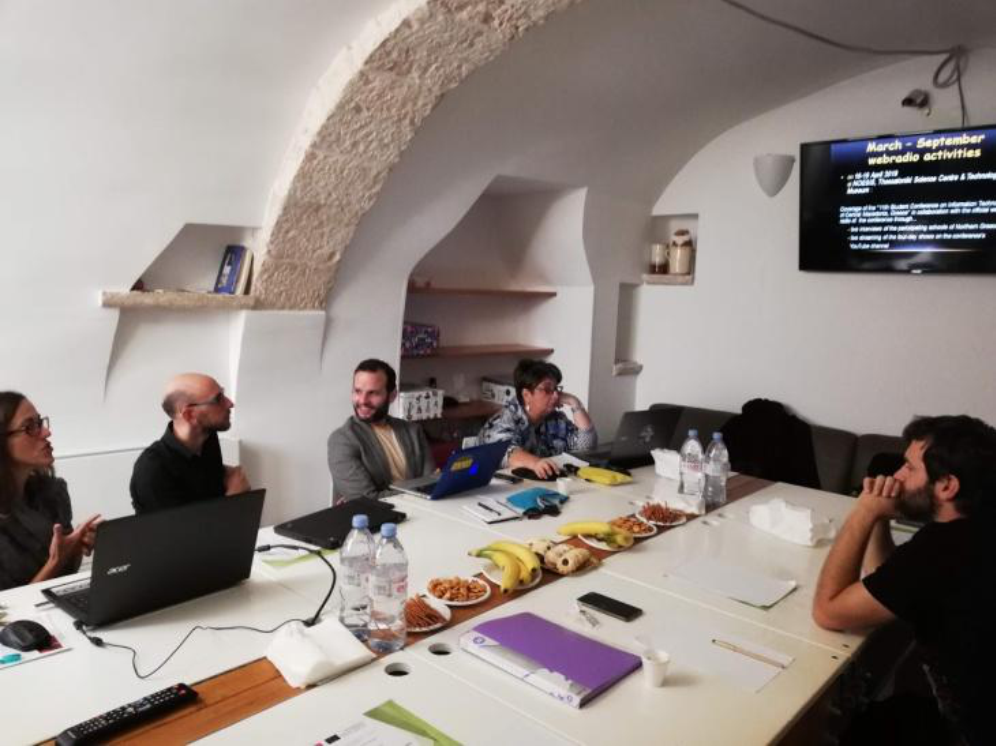